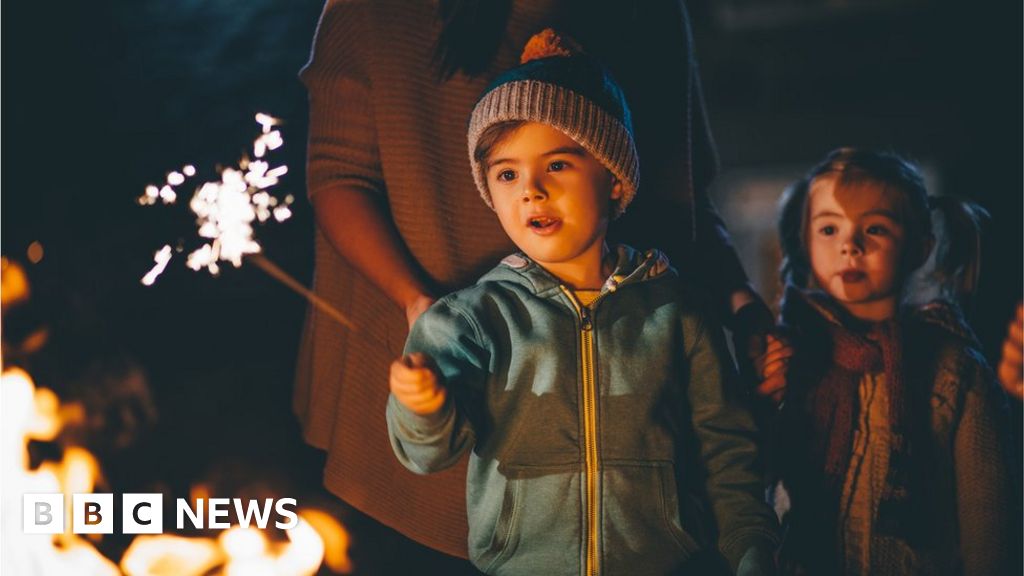 An increase in unofficial firework displays during the Covid pandemic could heap more pressure on fire crews, the fire service has warned.

The Scottish Fire and Rescue Service normally advises people to celebrate at an organised public display.

But with events cancelled due to the pandemic, more people are expected to light fireworks at home.

They said fire crews can be up to four times busier on 5 November, and last year they responded to 760 incidents over 24 hours.

Six firefighters were also attacked as they dealt with call-outs but none of them were injured.

Earlier this week Police Scotland said riot police had been placed on standby in case of violence and disorder this year.

Speaking at the first minister’s daily coronavirus briefing on Wednesday, he asked people to follow guidance on avoiding gatherings of more than six people from two household to watch private displays.

He said 540 of the incidents they attended last Bonfire Night were between 17:00 and midnight, and 90% were “deliberate incidents or deliberate fires”.

“If you thinking of having a private display, be kind,” he said.

Most fireworks-related injuries happen at private displays, and children are more likely to be affected, according to Scottish government research.

Hand, head and neck injuries are the most common, caused by burns or the force of blasts.

Mr Blunden added: “It’s very important that we do everything to reduce the strain on the emergency services during this time to make sure that we’re available for other emergencies as they occur.

“The consequences of accidents involving fireworks are often life-changing and it’s often in the private displays where we see these sort of things happening.”

He said people should familiarise themselves with guidance on the Fire Scotland website to ensure their display is safe.

Meanwhile one fireworks retailer told BBC Scotland that sales were up 10-20% this year as more people prepared to put on private displays.

image captionFraser Stevenson has seen an uptick in fireworks sales

Fraser Stevenson, the co-owner of Fireworks Superstore in Glasgow, said 80% of their annual business is normally done on 5 November every year.

They have already seen an increase in sales over the last few weeks but they are expecting another busy Bonfire Night.

“There’s been a bit of an increase from people who would normally go to a traditional display but because these events are cancelled, they still want to do something with their family at home,” he said.

The Scottish government announced plans for a “fundamental shift” in the way people buy and use fireworks earlier this week.

It will mean people who buy fireworks will have to do safety training, pay a fee and say when and where they will be used.

“No fireworks zones” could also be enforced under plans announced by Community Safety Minister Ash Denholm at Holyrood on Tuesday.

It's up to Democrats to engage young voters now, and make them consistent voters for life — even if that means streaming video games on Twitch.
Read more

The newest prototype of a flying car

Preview: Marlins looking to bounce back against Red Sox

The Miami Marlins have rookie left-hander Trevor Rogers on the mound Wednesday night as they continue their series against the Boston Red Sox.
Read more

The Great American Outdoors Act is the legislation of...

Republicans and Democrats alike know that Americans want national parks preserved for many, many years to come. It took public lands to bring a divided government together, and the “Great American Outdoors Act” is no exception. The bill will prove to be a roa…
Read more

TPG’s pre-paid mobile plans are 50% off, starting from...

Got yourself a phone outright? Consider signing up for a pre-paid deal with TPG and get your first six months for half price.
Read more

Police Search for Missing Man Around Crocodile-Infested Waters After...

"There's... crocodiles in the proximity of where the vessel was located and other marine activity that would be quite concerning if someone were to have entered the water," one police officer said.
Read more

Truecaller has unveiled a complete redesign of its Android app with a modern interface and smart SMS organising.
Read more

Pelosi says she relates to Ocasio-Cortez attack: ‘There’s no...

Speaker Nancy Pelosi (D-Calif.) said Thursday that she can relate to the personal attack Rep. Alexandria Ocasio-Cortez (D-N.Y.) faced this week from a GOP lawmaker that involved a sexist slur....
Read more

A dispatcher and two 911 callers voiced concerns over...

In Luzerne County PA, Where Voters Went for Obama...

White House seizes on email as vindication in tussle...

The White House leaped on the incongruity Friday evening as vindication for the president's charge that online companies don't play fair with conservatives.
Read more

There's only a few days left to watch the "Harold & Kumar" movies on Hulu.
Read more

Minneapolis police have identified a suspect whom they believe helped initiate the riots and destruction in the city following the killing of George Floyd.
Read more

A fantastic deal - for a limited time, you can get the Skullcandy Crusher ANC noise canceling headphones on sale for $259.
Read more

Nearly 150 coronavirus cases have cropped up among visitors to a large nudist resort, per multiple reports.
Read more

Music fan Gerald Masterton makes an annual trip to Ibiza to visit the clubs where he feels welcome.
Read more

Officials are worried people are still not coming forward for testing when they are infected.
Read more

Cruz: COVID-19 has opened eyes to dangers from China

Sen. Ted Cruz (R-Texas) said Sunday that the coronavirus pandemic has opened people's eyes to the dangers of China."The most significant foreign policy consequence of this pandemic is people are understanding the t...
Read more

Jennifer Aniston: ‘It’s not funny to vote for Kanye’

Jennifer Aniston is urging voters not to cast a ballot for Kanye West, saying "it's not funny" to pick the rapper as the next commander in chief.The "Friends" star shared a photo of herself Friday voting early in t...
Read more

Cristiano Ronaldo scores his 23rd goal of the season as Juventus move seven points clear at the top of Serie A with victory over 10-man Lecce.
Read more

The largest teachers' union in Florida filed a lawsuit against Gov. Ron DeSantis over his administration's push to fully reopen all public schools next month.
Read more

Three community organizations are teaming up to host a Ramadan Lights challenge in Dearborn, Michigan, calling attention to the local house-decorating practices that make the city and area’s Muslim community so visible during the holy season
Read more

Number of migrant children separated from parents higher than...

The number of migrant children separated from their parents is higher than previously reported, ...
Read more

House Democratic leaders are pushing hard to finalize an agreement on the next multi-trillion-dollar package of coronavirus relief in order to wrap up the process before Aug. 1."I'm hoping for the end of the month,...
Read more

Conway targeted one woman allegedly on the vice president's shortlist for having proven she "can't be trusted."
Read more

Phoenix police released body camera video showing the arrest of Ramon Timothy Lopez, who died in custody after he was held on asphalt for several minutes.
Read more

"Lucifer" Season 5's first set of episodes is on Netflix now, and we have had some hints about when Part B of the season will be joining it.
Read more

Trump wades into GOP dispute with Twitter jab at...

The Papers: ‘Rising Tory revolt’ and families to be...

The latest developments of the Dominic Cummings row are the focus of many of Wednesday's newspapers.
Read more

Glenn Beck Suggests It's Americans' 'Duty to Overthrow' Government if Election is...

Decades Ago, One Political Scientist Rejected Political Polling as Faulty and Futile....